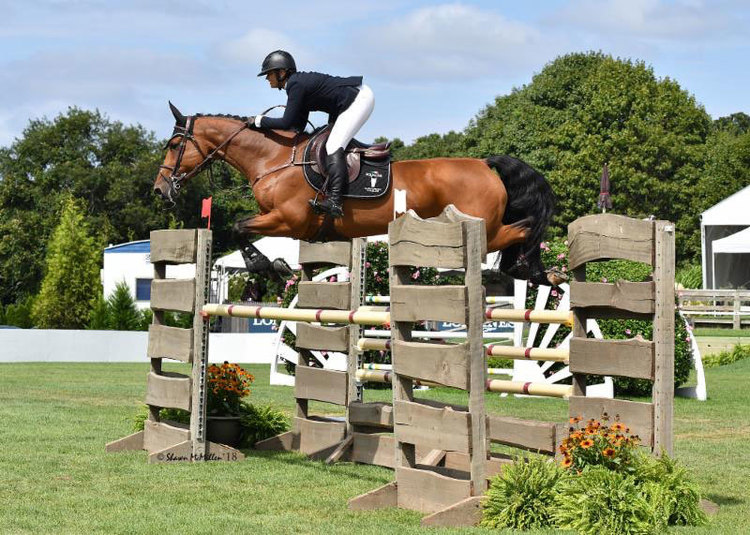 Activity in the jumper rings picked up speed Friday morning at the Hampton Classic, with qualifying classes taking place for those hoping to move forward to the weekend’s finals, and championships being awarded in divisions having taken place throughout the week.

With Friday morning’s win in the $10,000 SHF Enterprises 1.25m-1.35m class, Canada’s Erynn Ballard of Tottenham, Ontario, made it a clean sweep of the 7 & Under Jumper divison for young horses.

Although the six-year-old was just imported in May of this year, Ballard said the Hampton Classic was the goal and the plan for him since he set foot in North America. They competed lightly over the summer, Ballard remarking he’s taken to show-horse life very well. 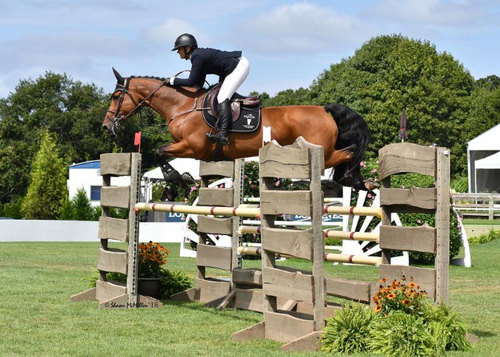 “He’s just better at showjumping than most horses,” said Ballard. “He’s sure of himself. He’s fast, he’s careful and he’s not at all environmental. He walked into that ring and really owned it. Nothing in there bothered him all week.”

When asked about the importance of the young-horse classes in the development of the next generation of show-jumpers, Ballard touched on one very specific point:

“Today’s course was bigger than the others this week, but more importantly, today you came back into the ring to jump off,” she explained. “For a young horse that doesn’t happen very often. To have to repeat the warm-up process, it’s such a good education for them. Some horses make it all the way to their first full grand-prix and have never had to jump a class, come out and then go back in again and go to work. They think they go in the ring, do their job and they are done. I really appreciate when they do it this way – teaching them the grand prix ‘specs,’ it’s really part of the learning curve in their development.”

Two second-place finishes earlier in the week gave the Reserve Championship to Devin Ryan, with his own How Do You Do. 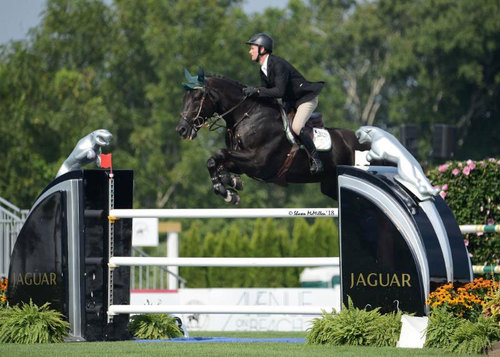 Less than a second separated the times of the top three horse-and-rider combinations. Moloney clocked in at 64.975 seconds, Santiago Lambre of Mexico and D’Artagnan were second with a time of 65.533 seconds and double Olympic gold medalist McLain Ward was third with Queen Jane, in a time of 65.562 seconds.

The course included the natural obstacles which the Classic’s grand prix ring is known for: the bank, the open water and the beautiful trimmed hedges with a rail on top.

Alsvid, a 17-year-old Hanoverian is a veteran of the Hampton Classic, having competed here every year since he was a five-year-old.

“He’s very good at these classes – he’s been pretty good at everything throughout his career,” remarked Moloney after the awards presentation. “He’s won a lot of ribbons everywhere. This is probably going to be his last class, this is a nice way for him to finish.” 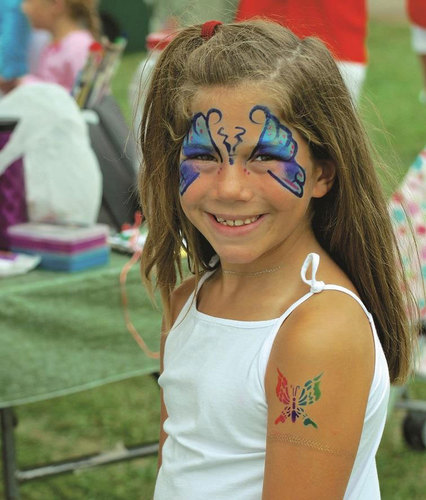 Saturday, September 1st is Kids Day presented by News 12 at the Hampton Classic!

Featuring activities for the entire family from 10:00 a.m.-2:00 p.m., children under 12 are admitted free and can receive a free pony ride with Steppin’ Out Ponies, dance to the hits with DJ Ray from Jarrell Entertainment, get their faces painted and much more! News 12 will be handing out complimentary lunch boxes while supplies last.

The Grand Prix ring will be active all morning, including the $15,000 Carolex Junior/Amateur-Owner Jumper Classic followed by the feature class of the day, the $70,000 Longines Cup scheduled to start at 2:00 p.m.