Ireland’s Shane Sweetnam Makes it a Three-Peat, Taking the $72,000 LONGINES Cup at the 44th Hampton Classic 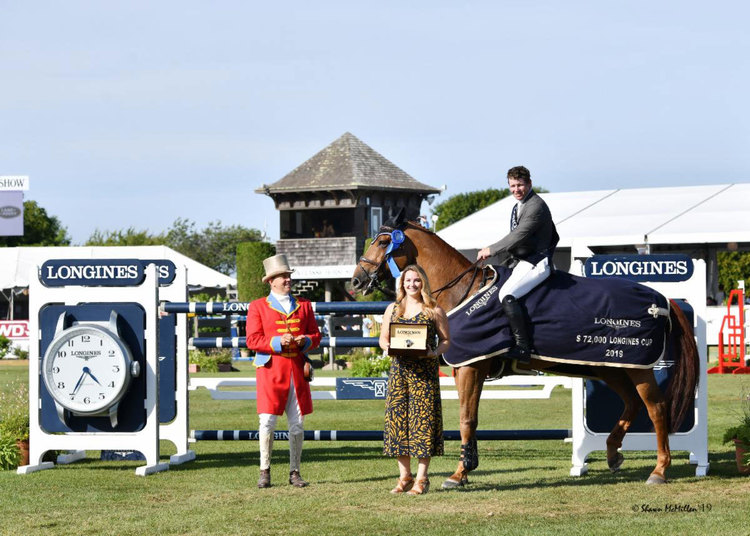 Ireland’s Shane Sweetnam captured the $72,000 LONGINES Cup for the third consecutive year, piloting Kirschwasser SCF to the top of the jump-off. American riders Catherine Tyree and Adrienne Sternlicht came within hundredths of a second but were not able to beat his time. 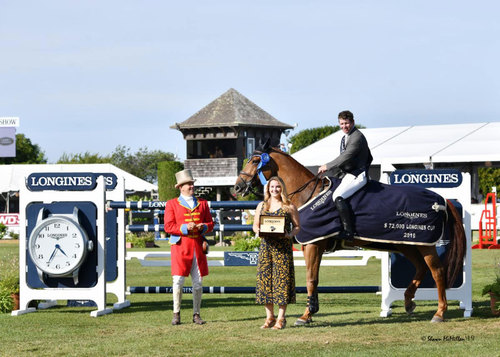 Fifty-one of the best horse-and-rider combinations started out over the 1.50m maximum track designed by Michel Vaillancourt of Aiken, SC. Of those, ten produced clean rounds allowing them to move forward to the jump-off.

Of the first three riders in the jump-off, clean rounds were slow, and the fastest round had four faults. Fourth in the ring was Catherine Tyree with BEC Lorenzo, and she finished clean in 39.19 seconds.

Sweetnam, ninth to jump, wound up and went for it, letting experience guide him as he adjusted his plan on-the-fly and finished clean in just 39.16 seconds. 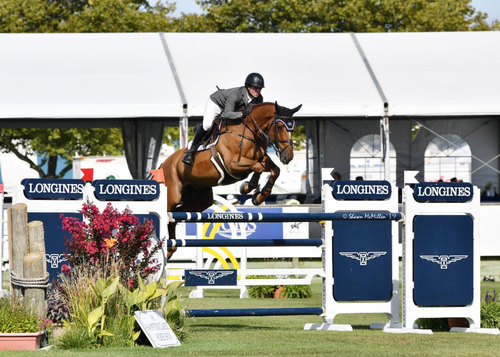 “Originally I was thinking of doing five strides from the double combination to the black oxer, but I ended up being so direct to the black oxer that I shaved it to the right, and I was still not slowing down to fit the next line,” explained Sweetnam. “I tried to bend out to the right to fit the strides in the line, which ended up helping me as I was angled over the DOHA jump and pointed right into the turn to the next jump. It’s not always part of the plan, but sometimes it ends up working out.”

Last to jump, Sternlicht brought her huge-strided Toulago down to the double combination at a gallop, rolling downhill toward the VIP tent, hoping it too would ‘work out.’

“My horse’s best attribute is his bravery,” said Sternlicht, part of the gold medal winning team at the 2018 World Equestrian Games in Tryon, NC. “I know that I could almost point him at fire, and he would jump. I knew I could take a shot and gallop down to the double, and check him slightly, and maybe the shock factor alone would slow him down,” she laughed.

At the end of the day, Sternlicht and Toulago clocked in at 39.25 seconds to take third position, less than one-tenth of a second behind the winning time. 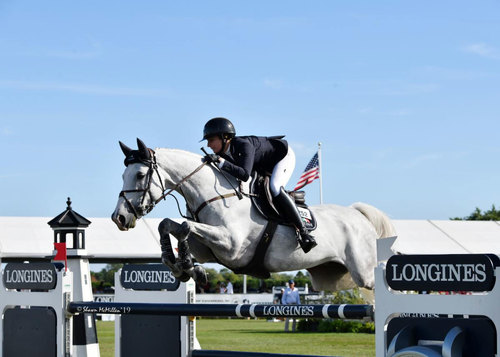 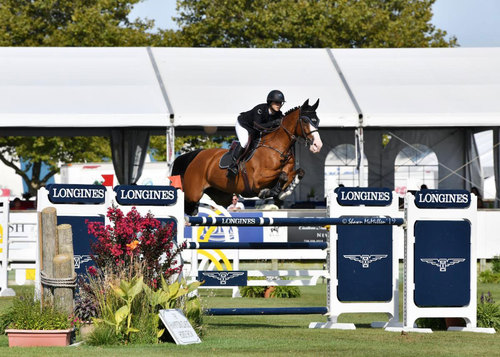 With his win, Sweetnam moves into the lead in the $30,000 LONGINES Rider Challenge with 310 points. Sternlicht is just behind at 298 and the only other person to have won the Challenge, Ireland’s Richie Moloney, is behind her with 215 points. It’s still anyone’s game. The Challenge, which awards $30,000 and a Longines watch to the winner, will be awarded Sunday, following the $300,000 DOHA.INC Grand Prix CSI4*.

Sweetnam won four LONGINES watches at the Classic in 2018 and another one for Saturday’s win in the Longines Cup. The logical question was, “Where do all the watches go?” His answer: “My mother is next in line.” Smart man, Shane Sweetnam.

Sunday, September 1 is Grand Prix Sunday at the Hampton Classic.The $10,000 Hermès Hunter Classic is the featured competition in the Anne Aspinall ring, followed by the presentation of the Grand Hunter Championship and Leading Hunter, Junior Hunter & Rider and Junior Equitation awards.